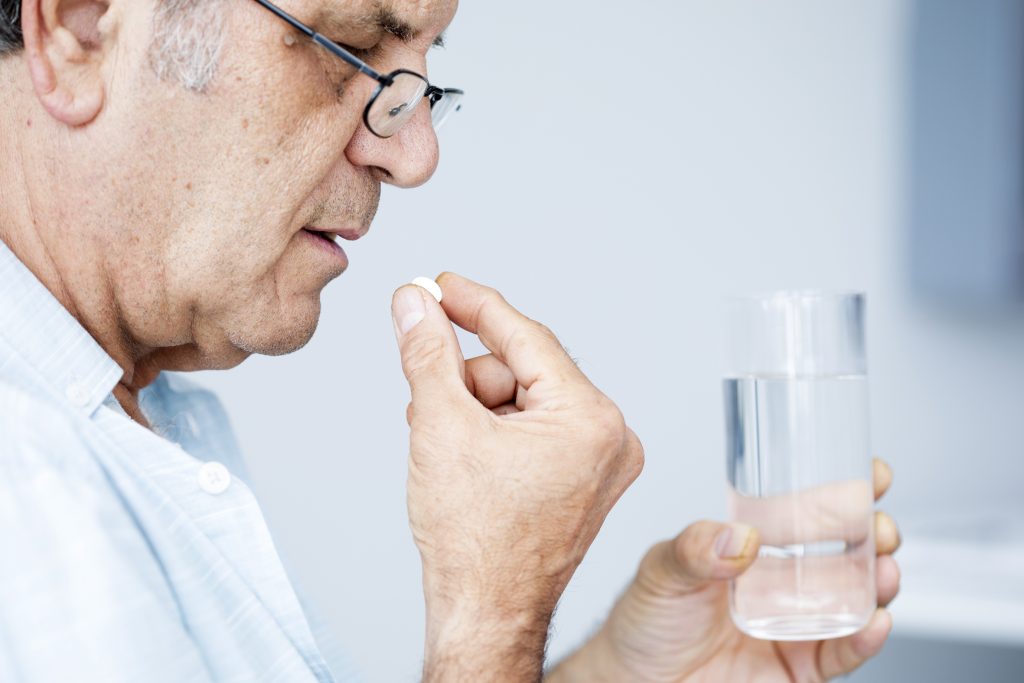 Levofloxacin has been shown to resolve a case of community-acquired pneumonia in an elderly patient presenting with persistent hiccups – without any typical symptoms, signs, or laboratory findings of pneumonia.

A 79-year-old male has sought treatment for persistent hiccups that had been interfering with his sleep; a few hours later he was transferred to the emergency department due to syncope.1 At presentation, the patient had hypotension which was attributed to chlorpromazine prescribed for symptomatic management of hiccups.2 No other cause was found for his hypotension as the echocardiography and electrocardiogram did not reveal any findings.1 The patient’s lab tests were otherwise normal except for a slightly elevated C-reactive protein (CRP) and creatinine level indicating acute kidney injury due to hypotension. Chest computed tomography (CT) scan revealed a left lower lobe consolidation and smaller consolidations in the right upper and middle lobes suggesting pneumonia.

The patient was given levofloxacin for 5 days and baclofen as a temporary symptomatic treatment for hiccups.1 A follow-up chest CT scan one month later demonstrated resolution of the consolidation; the patient also reported that hiccups had gradually resolved after a week.

While bouts of hiccups of less than 48 hours are commonly associated with gastric distention, persistent (48 hours to one month) or intractable (>1 month) hiccups may be associated with other serious underlying conditions.3 Pneumonia is a known cause of persistent hiccups, although only a few cases have been described in the past – the involvement of lower lung lobes may more likely result in hiccups due to direct irritation of the diaphragm.1

Pneumonia in elderly patients may lack the typical signs and symptoms of pneumonia as presented in younger patients.1 The diagnosis of pneumonia in this case was based on the radiographic evidence of pulmonary consolidation, slightly elevated CRP level, a low-grade fever during hospitalization, followed by the resolution of symptoms with levofloxacin.

The diagnosis of pneumonia could have been missed due to the lack of signs and symptoms of typical pneumonia. As such, the authors suggested that patients with persistent hiccups should be thoroughly examined by investigating medical history, physical examination, laboratory screening, and chest x-ray to ensure prompt management – for instance, the prescription of levofloxacin for this patient.1