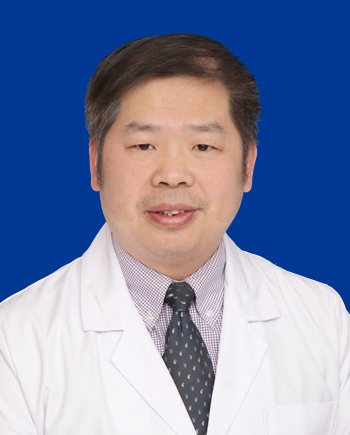 Q1: What are the epidemiological trends of antimicrobial resistance (AMR) based on the AMR surveillance networks in China?
There are currently two major AMR surveillance networks in China: The China Antimicrobial Resistance Surveillance System (CARSS) and the China Antimicrobial Surveillance Network (CHINET) hosted by Shanghai Huashan Hospital. Based on current surveillance data, the AMR rates in Gram-positive bacteria is relatively low and manageable. For instance, the rate of penicillin resistance among Streptococcus pneumoniae isolates is approximately 3% while the isolation rate of methicillin-resistant Staphylococcus aureus (MRSA) is declining.1,2 However, the prevalence of MRSA in the community has been increasing. The rate of resistance to vancomyin among Enterococcus spp is approximately 3%, while the resistance rate among Enteroccocus faecalis is relatively low at 1%.

In terms of Gram-negative bacteria, the prevalence of extended-spectrum beta-lactamase (ESBL)-producing Escherichia coli is about 50%; the rate of resistance to carbapenem among E. coli is between 1.5% to 2%. Klebsiella pneumoniae poses a bigger problem, with the ESBL-producing strain accounting for 30% to 40% and 30% being carbapenem-resistant. The prevalence of resistance to carbapenem among Pseudomonas aeruginosa ranges from 25% to 30% but a prevalence of 60% to 70% has been demonstrated among Acinetobacter baumannii isolates. Therefore, AMR resistance among Gram-negative bacteria – especially to carbapenem-resistance – is an increasing challenge.3

Q2: What are the underlying mechanisms of AMR in clinical isolates?
Firstly, the mechanism of AMR involves enzyme inactivation.4 For instance, in carbapenem-resistant bacteria – which has the highest prevalence in our country – resistance developed is due to the production of carbapenemase. Resistance to third-generation cephalosporin is caused by the production of ESBLs while resistance to tigecycline is mainly caused by high expression of efflux pumps.

Secondly, AMR in clinical isolates arises due to clinical use of antibiotics, and I will discuss this in three aspects. The properties of antibiotics are one of the factors. For instance, tigecycline – a bacteriostatic agent – is typically used at a low-dose, resulting in reduced effectiveness. The relatively high usage of carbapenem is also linked to the increase in AMR. The clinical use of antimicrobials is also not standardised, i.e. non-standardised dosage, indication, and duration for the treatment of bacterial infection – all of which are important factors leading to AMR; The last aspect contributing to AMR is hospital-acquired infection, whereby weak infection control can lead to the spread of AMR-pathogens.

Q3: What measures can be undertaken to mitigate the development of AMR?
Firstly, it is important to strengthen training amongst clinicians as well as improve efforts in standardising prescriptions of antimicrobials, i.e. by reviewing the use of current antimicrobials. Secondly, the diagnostic capability of clinicians should be improved in addition to equipping infectious disease physicians with the necessary knowledge, and lastly, we should strengthen efforts in infection control within healthcare institutions. Ideally, clinicians should also be able to collaborate with pharmaceutical drugs manufacturers to develop new antimicrobials according to current needs.

Q 4: How can one use antibiotics reasonably for the prevention of AMR?
The reasonable and standardised use of antimicrobials is of utmost importance. This includes standardisation of drug dosage, administration method, and treatment duration.2 It is also important to prescribe antibiotics according to available guidelines and consensus. Infection control within hospitals can also be stepped up by improving facilities and awareness on the prevention of AMR.

Q5: Please share your experience on the use of fluoroquinolones in your clinical practice.
Fluoroquinolones are excellent antimicrobials – they are convenient to use, have high oral bioavailability, long half-life, and relatively broad antibacterial spectrum.5 Fluoroquinolones are also effective against atypical pathogens.

In my own experience, fluoroquinolones are usually used for treating outpatients. We have a limited number of antimicrobials that can achieve effective therapeutic concentrations. For instance, the use of cephalosporins for outpatients is often restricted by dosage – some third-generation oral cephalosporins can hardly achieve the required therapeutic effects due to its low dosage. Quinolones have been shown to be effective for community-acquired pneumonia (CAP); levofloxacin and ciprofloxacin are effective against P. aeruginosa, making them good treatment choices in combination therapy.

However, there are limitations in the use of fluoroquinolones. Cross-resistance has been reported in ESBL-producing strains. Therefore, if the high resistance rates of ESBL-producing strains can be overcome, greater curative effects and more extensive clinical application can be expected. Meanwhile, sitafloxacin – a newer generation quinolone, maintains similar advantages as compared with other quinolones. Sitafloxacin poses stronger antibacterial activity than ciprofloxacin and levofloxacin, particularly against Gram-negative bacteria.

As clinicians, we hope that manufacturers can focus and invest more in research, especially on the antibacterial activity against ESBL-producing bacteria. For instance, the elucidation of pharmaceutical advantage of sitafloxacin against non-ESBL-producing bacteria would be a huge step forward in drug development.