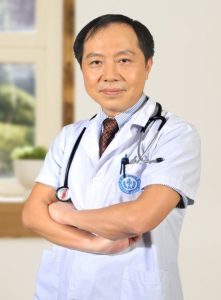 Director of Division of Pulmonary Diseases, State Key Laboratory of Biotherapy of China

Associate editors of International Immunopharmacology, and

Cited more than 5000 times in international journals including NEJM, Nature, and JAMA, etc.

Q1: This interview is on acute exacerbation of chronic obstructive pulmonary disease (AECOPD) and its related infections. COPD is a serious disease and is also one of the major causes of deaths in the elderly. Many AECOPD patients become susceptible to infections. What is the relation between AECOPD and infections in clinical practice?

According to the results published in The Lancet by Wang et al. in 2018, it was found that the incidence rate of COPD in 2015 was approximately 8.6% (i.e. close to a hundred million patients) in adults aged 20 years and above. The study involved more than 52,000 patients nationwide, of whom more than 6,000 were from the Sichuan province.1 In 2017, the global number of deaths from COPD was several million, with China contributing to one-third of the total number of deaths. Many of these patients died due to repeated acute exacerbations, repeated hospitalisations, co-infections or respiratory failure. The burden of COPD in China is tremendous. The main precipitating factors for acute exacerbation include infections and non-infectious causes, of which infections make up 70% and non-infectious causes make up approximately 20% to 30% of acute exacerbation. Non-infectious factors include air pollution, the cold spell during winter or smog – triggering nonspecific inflammation. However, these nonspecific inflammations may later induce secondary infections. At disease onset, approximately 60% to 70% of infections are induced by viruses such as parainfluenza virus, influenza virus, and rhinovirus, which can result in damages of the airway epithelia, subsequently leading to secondary infection. Secondary infection may include bacterial or viral infection and nonspecific pathogens such as Mycoplasma pneumoniae and Chlamydia pneumoniae. Following acute exacerbation, respiratory failure may develop in some patients. This may also be complicated by pulmonary infection, cor pulmonale, or even death in some patients with more severe conditions. Other COPD patients with impairment of the airway defence and immunity or patients with severe airflow limitation and long-term illness, can have bacterial colonisation which contains Pseudomonas aeruginosa. Following acute exacerbation and treatment with anti-infective therapy using quinolones such as levofloxacin, the bacterial load can be lowered to under the threshold. However, since bacteria inherently exist in local microenvironments and reproduce continuously, crossing the threshold may once again induce the condition, thus causing repeated induction and acute exacerbation, which is a major factor of AECOPD.

Q2: What are some of the benefits of anti-infective therapy for these AECOPD patients?

As mentioned earlier, acute exacerbation may be triggered by infectious or non-infectious factors. Furthermore, infections may occur even after non-infective acute exacerbation. Streptococcus pneumoniae, Haemophilus influenzae, and Moraxella catarrhalis are typically the causative pathogens of a bacterial infection whereas P. aeruginosa, Acinetobacter baumannii and Gram-negative Enterobacter are usually found in patients with severely limited lung functions. Broad-spectrum antibiotics such as respiratory quinolones or β-lactamase inhibitors are bactericidal and can alleviate airway inflammation triggered by bacterial infections. Inflammation often leads to pulmonary oedema and localised smooth muscle spasms and stimulates goblet cell mucin secretion – resulting in a large amount of sputum blocking the airways. By inhibiting the infection and attenuating the inflammation, and subsequently alleviating the pulmonary oedema as well as decreasing the sputum secretion, pulmonary function will be improved in addition to preventing respiratory failure and improving quality of life. In the absence of anti-infective therapy, the inflammation may not be controlled; arterial blood gas, pulmonary function, and subsequent respiratory failure may also not be effectively controlled.

Q3: What are common pathogens observed in AECOPD patients?

For patients with mild-to-moderate airflow limitation i.e. GOLD 1 or 2 patients, the most common pathogens are S. pneumoniae, H. influenzae, and M. catarrhalis. Gram-negative bacteria and non-fermenting bacteria such as A. baumannii and P. aeruginosa are often isolated in patients with severe and extreme airflow limitation, as well as patients with repeated acute exacerbation due to damaged airways and lung structures. Infection-induced acute exacerbation also includes viruses such as rhinovirus, influenza virus and parainfluenza virus. However, as there are no evidence-based medical research on the benefits of antiviral treatment for AECOPD caused by viral infection – and the possibility of toxicity and adverse reactions antiviral therapy is not recommended by GOLD or ATS/ERS guidelines. Thus, current anti-infective therapy focuses on antibacterial and covers atypical pathogens such as M. pneumoniae and C. pneumoniae.

Q4: How are anti-infective therapies selected to target these pathogenic bacteria?

Firstly, patients are identified and sorted to risk factors. Respiratory quinolones or β-lactams monotherapy can be used for mild-to-moderate COPD and infrequent mild-to-moderate AECOPD patients. β-lactams can also be used in combination with macrolides. Of note, the prevalence of macrolide-resistance in China is over 85% in M. pneumoniae and C. pneumoniae; these agents are also not effective against S. pneumoniae which are resistant to penicillin. The rate of macrolide resistance is lower in other countries, and macrolides are mostly being used as monotherapy. However, the rate of macrolide resistance is higher in China and thus not used as monotherapy. For patients with risk factors such as the elderly, those with severe or very severe airflow limitation, those with complications, those with repeated acute exacerbation, or even patients who have a history of using respirators, tracheal intubation, or tracheotomy, the efficacy of β-lactam antibiotics is inadequate. Respiratory quinolones are recommended in these cases. Depending on the patients’ circumstances, for example patients who have complications of more severe diseases and have already undergone tracheotomy, they may require combination treatment. Generally, respiratory quinolones have a broader antibacterial spectrum and are effective against both Gram-positive bacteria and Gram-negative bacteria. For instance, levofloxacin has more obvious antibacterial effects against P. aeruginosa, A. baumannii, as well as M. pneumoniae and C. pneumoniae. Thus, treatment strategies should correspond to the patient’s risk level.

Q5: : Many of the COPD patients are elderly and often have various of underlying diseases which complicate their conditions. What is the treatment strategy for these high-risk elderly patients?

Elderly patients make up a considerable number of COPD patients in China, and many of them have comorbidities such as cardiovascular disease, diabetes, osteoporosis, and depression. Cardiovascular diseases include high blood pressure, arrhythmia, heart failure, and coronary heart disease. Overlap with asthma and/or OSAS are also common in these patients. Drugs that have been used clinically for a long period, such as respiratory quinolones and β-lactams would be a safer choice for most of patients. Patients presenting with prolonged QT interval and those who have been using long-term quinolones should be monitored for sinus bradycardia. Cautions should also be taken in selecting quinolones for patients with severe atrioventricular block and not equipped with a pacemaker. Furthermore, long-term use of macrolides may also lead to drug resistance and liver function impairment. Thus, although most drugs are generally safe, cautions should be taken when selecting antibiotics for elderly patients, especially those with comorbidities. Drug selection should be individualised – depending on the patients’ conditions to ensure curative effects.

Q6: Why is the reason behind categorising patients in the initial stage of anti-infective therapy into two groups: those at-risk of P. aeruginosa infection and those not at-risk in the guidelines?

Q7: What is the treatment strategy for patients with and without structural damage to the airways?

As mentioned earlier, the risk of P. aeruginosa infection should be considered. Antibiotics are often used for acute exacerbation in patients with mild-to-moderate airflow limitation. Third-generation cephalosporins and monotherapy with respiratory quinolones can be used in patients who have not used carbapenems or quinolones for in at least the past three months, as well as in those who have not been hospitalised previously, i.e. patients with no history of frequent acute exacerbation. Respiratory quinolones are broad spectrum and may be used even without the risk of P. aeruginosa. Cephalosporins are barely effective for M. pneumoniae and C. pneumoniae. In addition, penicillin-resistant S. pneumoniae are not sensitive to cephalosporins. Macrolides may not be used as monotherapy. Although macrolides are often recommended in other country’s guidelines for patients with mild-to-moderate airflow limitation without risk of P. aeruginosa, it is not recommended in China.

Q8: What are the differences in clinical use between respiratory quinolones and other antibiotics?

Different β-lactams are effective against Gram-positive and Gram-negative bacteria. However, most are ineffective against atypical pathogens and P. aeruginosa. Piperacillin-tazobactam and cefoperazone-sulbactam are effective against P. aeruginosa. Furthermore, fourth-generation cephalosporins, such as cefepime are also effective. However, drug resistance has been increasing in recent years. Quinolones have a broader antibacterial spectrum and have some effects against Gram-positive bacteria, Gram-negative bacteria, and atypical pathogens. Each of the respiratory quinolones has its specific properties; for instance, levofloxacin and sitafloxacin have stronger antibacterial effects against P. aeruginosa while moxifloxacin is relatively weaker. 750mg of levofloxacin is also more effective for P. aeruginosa and A. baumannii. Many AECOPD patients acquire hospital-acquired pneumonia (HAP) during hospitalisation, especially those who are immunocompromised. In these patients, respiratory quinolones such as 750mg levofloxacin is more effective.

Q9: Can you share your views on the clinical use of antibiotics for AECOPD in empirical therapy?

AECOPD is very often observed clinically, especially at primary hospitals. Every year, during the winter/spring season, hospitalisation due to AECOPD often reaches 60% to 70% or even 70% to 80%. Antibiotics should be used reasonably and clinicians should ensure that patient samples such as sputum or BALF (bronchial alveolar lavage fluid) are being sent for pathogen examination. Many hospitals have an examination rate of more than 90%. However, the rate of positive results is around 30%, and at times, less than 20%. Some patients may have difficulty with expectoration and the samples sent for examination could merely be saliva. Thus, during AECOPD, physicians are often unable to obtain the pathogen results if the hospitalised patient is in urgent critical condition. In such cases, empirical choices can be made based on experiences in consensus or guidelines or refer to large-scale pathogen investigation data. Respiratory quinolones have great advantages and the antibiotic treatment can be further adjusted after obtaining the results of the microbiological examination.