Quinolones: Historical development and use 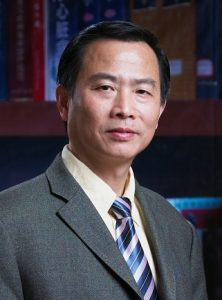 Q1: Following decades of development since their first launch in the 1980s, quinolones have become an important class of antibiotics in the clinical treatment of bacterial infection. Could you give us an overview of the developmental history of quinolones?

Quinolones are a group of antibiotics with a synthetic naphthalene fused-ring structure. Quinolones were first introduced in 1962 and have now become one of the most common anti-microbials used in the clinical setting. Early quinolones are represented by nalidixic acid and pipemidic acid with antibacterial spectrums limited to Gram-negative enteric bacilli. These were commonly used to treat local infections such as urinary tract infections and intestinal infections (mainly dysentery) but are rarely used nowadays.

Around the 1970s, the introduction of a fluorine atom on the naphthalene fused-ring has brought about the development of norfloxacin and ciprofloxacin – collectively known as fluoroquinolones. Fluoroquinolones have stronger antimicrobial activity against Gram-negative bacteria and better plasma concentration and tissue penetration compared with quinolones. They are widely used in treatments against systemic infections – including respiratory tract infections.

After the 1990s, antibiotics such as levofloxacin and moxifloxacin started to be used clinically. These newer fluoroquinolones have shown increased antimicrobial activity that are more effective against Gram-positive bacteria such as Streptococcus pneumoniae; it has also been shown that these newer fluoroquinolones have stronger activity against Mycoplasma pneumoniae and Chlamydia pneumoniae. The concentration of these drugs in lung tissues and respiratory secretions are also higher. Moxifloxacin, levofloxacin, and gemifloxacin have strong antimicrobial activity against common pathogens causing community-acquired pneumonia (CAP), and are known as respiratory quinolones. In the past 10 years, although the development of quinolones has slowed down, a new generation of quinolones such as sitafloxacin and nemonoxacin has emerged. These new antimicrobials have strengthened antimicrobial activity against drug-resistant Gram-positive and Gram-negative bacteria, and have been used clinically.1 For instance, nemonoxacin is effective against enterococcus and methicillin-resistant Staphylococcus aureus (MRSA) whereas sitafloxacin is effective against Pseudomonas aeruginosa and Escherichia coli.1

The advantages of fluoroquinolones include their broad antibacterial spectrum, high tissue concentration, ease of use, and the elimination of skin prick tests. For instance, levofloxacin has relatively strong antimicrobial activity against Gram-negative bacteria such as E. coli, Klebsiella pneumoniae, Haemophilus influenzae and Legionella pneumophila, as well as M. pneumoniae, C. pneumoniae, and Gram-positive bacteria such as Streptococcus pyogenes; levofloxacin commonly is used in respiratory departments to treat upper and lower respiratory tract infections. In addition, levofloxacin is also widely used for systemic infections such as in the digestive system, uropoiesis, and reproductive system. It is effective as empirical treatment and targeted treatment based on drug susceptibility results.2 It is also the first drug of choice for combination therapy against drug-resistant Gram-negative bacteria. According to relevant reports, quinolones was the top antimicrobial used in China in 20173 and has remained so to-date. This has also shown the status of this group of drugs in the treatment of infections.

Q3: You have mentioned earlier that the last 10 years have been a new era of quinolones. What are the characteristics of the newly developed quinolones and what is the current status of their application in clinical settings?

Recently, antimicrobial resistance in pathogenic bacteria has become more severe. This is tricky for clinical treatment and doctors are hoping for more new drug options. However, the clinical application of these new generation quinolones in China is still limited. This is partially because the development of new antimicrobial agents is increasingly difficult and cross-resistance is exacerbating. It is also due to the rarity of new antimicrobial drugs with distinctive characteristics, causing the government and medical administrative departments to be more cautious about approving new and more expensive drugs. Clinical practitioners are also more wary about using new drugs with inadequate medical evidence. I believe that with the increase in relevant evidence and experience in clinical applications, the use of these newly developed quinolones will increase, and clinical experience will be richer.

Thus, I believe that middle-aged and elderly patients with respiratory tract infections and chronic underlying medical conditions such as chronic obstructive pulmonary disease (COPD) and bronchiectasis, as well as patients with drug-resistant bacterial infections can benefit more from treatment using the new quinolones.

Q4: The clinical application of quinolones covers a wide range of illnesses and patients. What are the factors that should be considered when using quinolones?

Drug safety should first be considered when using quinolones, they should first. A comprehensive evaluation based on the patient’s basic conditions such as age, nutrition, and medical complications should be conducted before selecting the appropriate drugs. Although quinolones are generally safe, they are not suitable for use in children, pregnant women, and breastfeeding women. For elderly patients and patients with impaired kidney function, when using fluoroquinolones such as levofloxacin that are excreted via the kidney, the dosage should be decreased based on their kidney function. For patients with epilepsy, quinolones should also be avoided to prevent seizures. In rare circumstances, quinolones may also lead to some cardiovascular side effects (such as prolonged QT interval). Thus, caution must be exercised when using quinolones for patients with a history of arrhythmia or diabetes or those who are already using drugs with similar adverse reactions (such as macrolides).

Other than safety, drug resistance is also a main concern for physicians. China conducts annual surveillance of drug-resistance bacteria, with every hospital collecting relevant statistics annually. As cross resistance may occur between different types of quinolones, the selection of drugs should be done based on the drug susceptibility report for infections caused by pathogenic bacteria, especially those with high drug resistance to quinolones such as E. coli, MRSA, and Staphylococcus epidermidis. In recent years, the rate of drug resistance of P. aeruginosa has increased to more than 15%, especially for in-hospital infections – therefore, we should be pay extra attention to this.
The main pathogenic bacteria causing CAP such as S. pneumoniae, H. influenzae and Moraxella catarrhalis are still sensitive to respiratory quinolones and initial empirical treatment can be selected based on the guidelines.2,6

Q5: After considering the above-mentioned factors, what are the situations and strategies for the use of quinolones for respiratory tract infections?

Quinolones are mainly used to treat patients with CAP and hospital-acquired pneumonia and ventilator-associated pneumonia (HAP/VAP). The commonly used quinolones are levofloxacin, ciprofloxacin, and moxifloxacin. The anti-infective effects as well as pros and cons depend on many factors – with the selection of antimicrobial drugs being one of the most important factors. So, we usually refer to relevant consensus and guidelines by local and overseas expert associations as the standard for recommendation. Furthermore, based on evaluation of the severity of the patient’s illness and the possibility of pathogenic bacteria and drug resistance, we will make a comprehensive evaluation and then select the most suitable antimicrobial treatment for each patient.

The IDSA/ATS 2019 Guidelines for CAP in Adults recommends using levofloxacin or moxifloxacin alone or using a β-lactam plus a macrolide for outpatients with underlying diseases or patients who have recently used antimicrobial drugs. For CAP patients who require hospitalisation, the guidelines recommendation for empirical therapy is to use quinolones monotherapy or β-lactams plus a macrolide. In patients with structural lung diseases such as COPD or bronchiectasis (especially those directly receiving glucocorticoid or other immunosuppressive therapy) with the risk of P. aeruginosa infection, an antipseudomonal β-lactam plus either ciprofloxacin or levofloxacin should be used. For Legionella infection, the IDSA/ATS guidelines recommend using fluoroquinolones or azithromycin.7 These recommendations are similar to the Chinese guideline recommendations.

For HAP/VAP patients, anti-infective drug use is more complex. The 2018 Chinese guidelines for the diagnosis and treatment of HAP and VAP in adults state that: initial empirical therapy should be based on the HAP/VAP-causing pathogenic bacteria composition regularly issued by the hospital or the region and the susceptibility spectrum of the drug. Among which, for the use of quinolones, it is recommended that single-drug therapy to be performed for patients with low risk of multiple drug-resistant bacteria; for those with high or severe risk, quinolones (such as levofloxacin or ciprofloxacin) should be combined with β-lactamase inhibitors or carbapenems.8 The Japanese Respiratory Society (JRS) guideline recommends the use of the new quinolone sitafloxacin as the first-line respiratory quinolone for use against P. aeruginosa.9

Although the control of antimicrobial use in recent years has successfully slowed down the emergence of antimicrobial-resistant pathogens, drug resistance towards quinolones is still worsening. Adverse reactions such as tendinitis warned by the US Food and Drug Administration (FDA) have always been a concern. Therefore, it is extremely important to actively promote and encourage the rational use of quinolones for effective treatment of respiratory tract infection. At the same time, our basic researchers need to focus on and improve on continued surveillance on the mechanisms of antimicrobial resistance in quinolones, as well as strategies to reduce adverse drug reactions. All in all, we hope that during clinical treatment, reasonable use of antimicrobial quinolones to prevent the emergence of drug-resistant pathogens while producing adequate therapeutic effect will lead to better outcome for patients with infectious diseases. 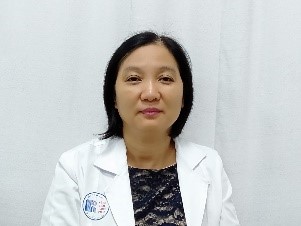 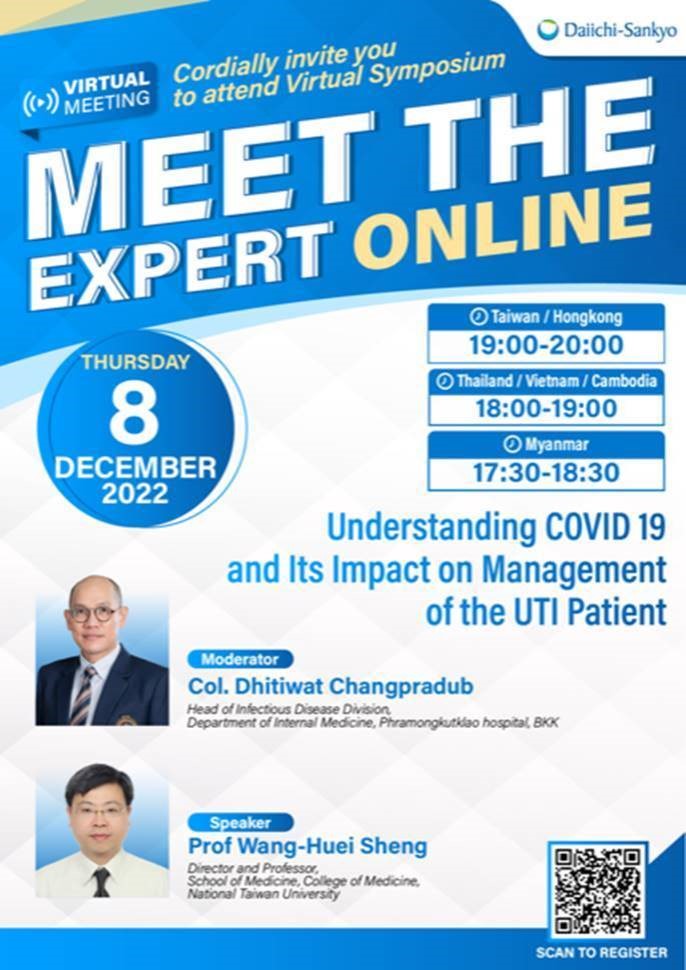